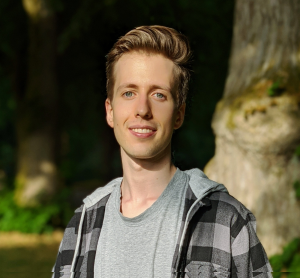 Esteban Safranchik hopes to harness the potential of weakly supervised machine learning to impact fields beyond computer science. Now a PhD student at the University of Washington, Esteban got his start in research as an undergraduate at Brown University. His work was published at the 2020 Association for the Advancement of Artificial Intelligence (AAAI) Conference and is also used by economists and data scientists.

Together with Prof. Bach, Esteban honed in on a research project to address the challenges of building classifiers and structured predictors without hand-labeled training data. He developed a framework for training sequence taggers with weak supervision from user-written rules. Sequence taggers algorithmically assign labels to data points in a sequence of observed values. His framework improved over existing methods by relaxing the prevalent assumption of independent data points employed in existing weakly supervised sequence taggers.

In addition to advancing prior methods, Esteban realized his goal of applying his work in the real world. While summers were spent refining his framework, the school year was spent on finding practical applications for his research. Collaborating with economists, he was able to use his method to study the impact of socio-economic factors on prison bail amounts and sentence lengths. His work now lives in an open-source system accessible to machine learning practitioners. The application of his work in economics marks a meaningful interdisciplinary combination for Esteban. Born and raised in Buenos Aires, Argentina, he grew up during the Argentine Great Depression. The resulting constant economic discourse during his childhood fostered his keen interest in the field and continues to shape his career.

Esteban found his research experience deeply gratifying, largely because of his strong support network. He worked very closely with his former advisor Prof. Bach, and during his summer research,  he became close friends with a group of students who were also conducting research at Brown. “Research can oftentimes be frustrating, and it may take a while until efforts are fruitful. Therefore, it’s important to persevere and have a valuable support network.”

Esteban’s undergraduate research experience had a large influence on his professional career, continuing to research machine learning as a PhD student at the University of Washington. His advice for students interested in research — “Don’t be afraid to reach out to professors; most of them are more than willing to spend time with you talking about their research!”