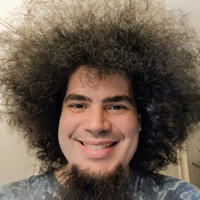 As a high school student, Jalex attended the Canada/USA Mathcamp, a program where mathematicians teach five weeks of math classes to high school students. After the Mathcamp, Jalex was convinced to pursue research in mathematical logic, taking graduate courses in model theory and set theory upon arrival as a first-year student at Caltech.

During the second trimester of junior year, Jalex served as a teaching assistant for Prof. Thomas Vidick, who introduced Jalex to one of his projects on self-testing for parallel repeated games, which would become a theme in Jalex’s research. In 2017, Jalex—alongside Andrea Coladangelo, a PhD student working with Prof. Vidick—attended a talk at the Quantum Information Processing ( by William Slofstra on a beautiful-but-difficult solution to a longstanding open question in quantum computing using combinatorial group theory. Andrea and Jalex, together with some other students, formed a reading group to understand the 60-page paper. The explanatory notes and motivating toy examples generated by Jalex and the group led to outside applications of the theorem, presented by Jalex at Quantum Information Processing Conference 2018. What started as a reading group went on to solve several related problems and publish papers at multiple venues.

Jalex describes the fundamental question of their research on quantum computing as follows: Given only input-output access to a pair of black-box devices, together with the promise that the devices do not communicate with each other, design a test that the boxes will pass if and only if they implement some particular physical experiment. For example, a salesman walks up to you and says “I have a device that can solve all your problems using the magic of quantum entanglement.” You’d like to use the device, but you don’t trust the salesman. You could open up the device and look inside, but the machinery looks both complicated and delicate. Is there any way to verify the salesman’s claim? The answer turns out to be “yes” for some devices and “no” for others. In their work, Jalex shows the answer is “yes” for some devices for which the answer had previously been “maybe”. To show this, Jalex came up with a simplified analysis for a certain class of tests using a stability theorem for representations of finite groups. Their analysis uses a special case of tools developed recently in non-abelian Fourier analysis by mathematicians Gowers and Hatami.

Originally planning to graduate in Spring 2017, Jalex suffered a flare-up of recurrent depressive symptoms, amidst the excitement of new research results and graduate school acceptances.  Jalex accepted an offer of admission to UC Berkeley; deferred enrollment for a year; filed for medical leave from Caltech; and focused both on research—writing up their papers and starting new projects—and themself, starting on antidepressants for the first time. Back on campus for their final year following their medical leave, Jalex continued to work with Andrea and Prof. Vidick, writing up one more paper for QIP 2019 with each of them.

When asked about advice for fellow undergraduate students interested in research, Jalex stated that it is crucial to learn the strengths and interests of potential collaborators so that one can ask questions others will be interested in pursuing. They also believe that self-promotion, while sometimes “icky”, can be important. If one reframes self-promotion activities in terms of searching for new collaborators, it becomes much more natural and removes the incentive to inflate the importance of one’s results. Jalex also highlights that working in common spaces allows for frequent impromptu meetings and research conversations with passersby.

Before engaging in research, Jalex had intended to attend graduate school in mathematics, but their research journey has steered them towards theoretical computer science. They plan on continuing their work with Prof. Vidick and Andrea while welcoming the addition of new Berkeley collaborators. To top off their contributions, Jalex has made some pushes to increase awareness of gender issues among their colleagues, but finds it as a slow and emotionally draining hill to climb. They note that trying to present themselves in a gender-neutral or genderqueer way has had little impact on their professional life because most academics ignore existence outside the gender binary, for better or worse, and as such they have never felt disadvantaged or marginalized in pursuing computer science and/or research.