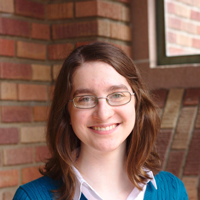 Kimberly is in her final year of undergraduate studies at the University of Washington (UW), where she double majors in Computer Engineering and Mathematics. Within UW’s Paul G. Allen School of Computer Science & Engineering, she has been working with Professors Franziska Roesner and Tadayoshi Kohno on problems related to privacy and security, in particular, to identify and address the risks that future computer systems might raise before they become pervasive.

At an open-house event, organized with a local ACM chapter, Kimberly met members of the Security and Privacy Lab, which really led to her deep interest in conducting research. After joining, Kimberly jumped head first into several projects. One project involved controlling misbehaving apps such as augmented reality (AR) applications that generate malicious content before being shown to a potential user. In another project, she investigated Microsoft Hololens multi-user relationships with respect to user expectations and concerns. A final project examined the potential design of privacy-preserving multi-user AR systems.

In these projects, Kimberly participated in many phases of research from evaluation of design prototypes, developing experimental design, building applications, synthesizing findings, and writing papers to disseminate results. Kimberly’s research has been published in the IEEE Symposium on Security and Privacy as well as the USENIX Security Symposium, both top venues for privacy and security research.

Kimberly states that it’s never too late to seek research opportunities. She further suggests that being genuine, direct, and self-reflective are critical pieces to developing a research identity early. Kimberly advises future undergraduate researchers to, “ask for help when you need it, particularly at first while you’re getting your bearings.” Her invaluable undergraduate research experience has propelled Kimberly to explore a career path that involves the pursuit of a doctoral degree.  She is working towards being a computer privacy researcher.

– Written and edited by Joslenne Peña

Using Exploration as a Catalyst Toward Research-Definition

Overcoming Adversity and Finding a Path to Research Scroll to top